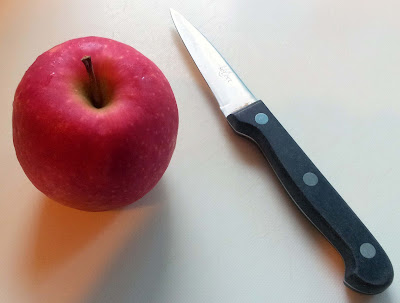 , to make snacks like dried okra and carrots, and "sundried" tomatoes for salads. The cheapest dehydrator in Singapore is an Ezi Dry; the smallest one with I think 5 trays is sold at Tangs S$218 and the bigger one is sold at S$318. I have seen an Excalibur at ToTT for more than S$600.

is a popular brand in the US, but shipping would be too expensive and voltage conversion would be a problem anyway.

I had tried making taro chips using our oven, and it sort of worked... in that I did get some nice tasting chips, but it took a lot of effort laying the taro slices out on trays, brushing them with olive oil, watching them in the oven to ensure they did not burn (and half did burn while I was in the bathroom), flipping them, and then washing the baking trays.

But last night, I got hungry and decided to cook some radish as a snack. Instead of boiling the radish like I always do, I thought I would try cooking it in the AirFryer instead. And after about 20 minutes of AirFrying the slices of radish, they were a little dehydrated and turning into radish chips! I did not continue to AirFry them as I was hungry and wanted some darn radish in my belly. But it made me decide to try making apple chips the next morning. 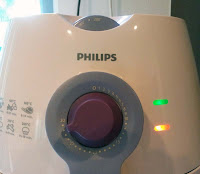 I pre-heated the AirFryer at 200 degrees celcius while slicing a Pink Lady. (Why Pink Lady? Because it was the only kind of apple in our fridge.) Without an apple corer gadget or any idea how to core an apple whole, I chopped it into two, cored it and sliced it. Skinning the apple is optional, and I did not want to because the skin contains nutrients as well.

The receipes on making dehydrated apples all instructed to soak the slices of apple in a water and lemon / lime juice mixture to prevent browning. However, since the Pink Lady was not browning much, I skipped that step and laid the slices on the AirFryer's mesh grill.

After 5 minutes at 200 degrees celcius, they began caramelising. After 10 minutes they were dehydrating nicely although getting a little burnt, so I brought down the temperature to 120 degrees celcius. 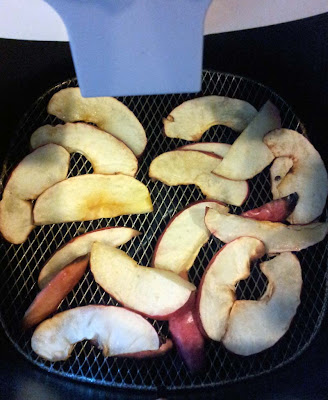 After 15 minutes at 120 degrees celcius, this is what I got: 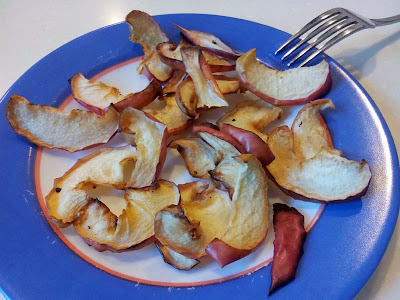 Each bite released a surprising burst of concentrated caramelised sweetness. The thinner slices were crispy like chips. The thicker slices were a little more chewy, with the skin adding to the chew factor, but it was pleasant-chewy. Compared to store-bought dehydrated apple slices, these ones maintained their original colour much better and were more delicious as they tasted fresher and less acidic.

I can imagine these dehydrated apple slices working well with salad, as part of trail mix, or (for those who eat breakfast foods) with oats and a dash of cinnamon... and with such a successful turnout, I think the AirFryer's gotten me back on the quest to make homemade root vegetable chips!
Posted by Wild Child at 11:18 pm